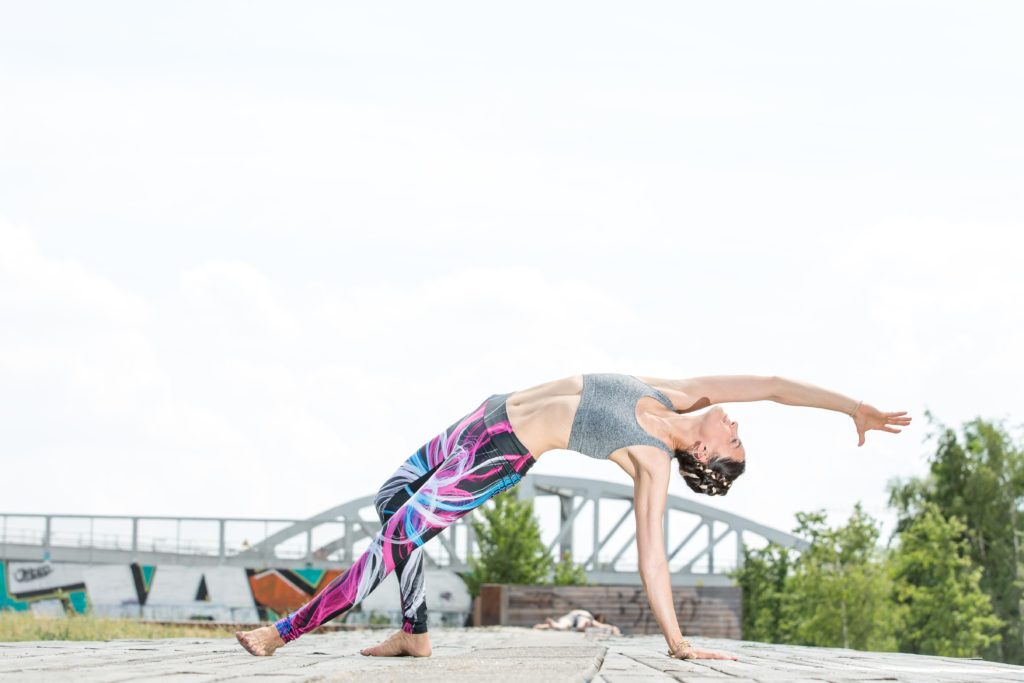 When you’ve practiced yoga for a while, sooner or later, you come into contact with a whole variety of spiritual workshops, yoga retreats, Ayahuasca for the weekend, “red-tent“ events for women or silent meditation trainings. There’s an ever-growing number of groups you can join these days and trying to find the right fit, especially when you’re fairly new to the spiritual aspect of yoga, can be quite a challenge! Considering the hefty price tag some of these workshops come with, it may also be a financial question of whether we can afford to “advance“ our learning in this way at all!

I have been delving into some women’s history in the spiritual realm and due to this rising interest, have met some true woman warriors and mentors. These have been women who understand our historical role as medicine women and healers and how this tradition almost disappeared with the rise of organized religion and, of course, a shift to patriarchal societies. I have been guided, supported and truly honored to meet them and wouldn’t want to lose this connection to my tribe ever again. When women come together in acceptance, love and compassion, nothing can stop us and the real power we have, is palpable.

So, here’s me, the other day. I signed up for a women’s circle. I thought the price for two hours was a little on the expensive side but the person holding the workshop assured me this wasn’t “just another women’s circle, this was an initiation”. Well, that certainly sounded like something I might want and so, I signed up. After all, where good work is being done, it’s ok for good money to be spent.

When I got to the location, there was the usual dimmed lighting and candles as well as a few tarot decks to pick a card from. I liked the setting right away and felt happy to explore this women’s theme a little further, even if I didn’t really know much about these spheres or who these women were.

As we started to get into a “healing touch” exercise, I began to experience something resembling resistance. Three women would touch you all over (except, of course, private bits) and we each took turns doing so. When it was time to share the experience, the women –all seasoned vets of women’s circles– were very enthusiastic and genuinely touched (excuse the pun) by the experience. For me, it was more like the woman in the movie “A Chorus Line”, where she describes how in acting class they did an exercise where they pretended it was winter. Everybody felt the snow, the cold wind, the sleighs, when they were asked to do so. She, however, felt nothing! Alas, that was me. When it was my turn to share (I had tried to avoid saying anything at all), I said as much. I mentioned that I thought the touching bit was a little sudden for me and though I tried to lean into the experience, I just became more and more uncomfortable. I felt the room pull back immediately. This was not something people seemed to want to hear. It was the oddest moment where you move from being part of a group to being excluded from it. The shift was subtle, I’m not sure whether I imagined it or whether anybody else felt it. But to me, it was like I had dropped a loud singing bowl or something.

Before I get into the next part, a little side note: The woman holding the workshop struck me as pretty authentic, operating from a place of learned and experienced knowledge as well as something like, I don’t know, love? That feeling stayed with me fro the most part, even as things became a little more strange…

The next task was to go around the circle and each of us would say what they would like to “receive” from the group. Options were words of any kind, to be touched, maybe some essential oils on our hands and foreheads, anything really. The first woman to go for it had been to several of these sessions. Here was a woman who had spent significant time contemplating her role in this (spiritual) world. How did I know? The jargon.

The woman started to cry profusely, even hyperventilating at times. I felt really bad for her but wasn’t sure how to respond and also felt this was the job of the woman hosting the gathering. Maybe there was a reason, she just let her talk and talk, you know, get it all out there. Still wailing, she released a narrative of her working through tens of thousands of past lives. She also described her battle against her dying ego, and finally, there was a –partially inaudible– bit about her soul and how her director was being what sounded like a total jerk.

OK, confession time: I caught myself judging like a pro! My own ego raised its ugly head and I started to think, “why doesn’t somebody talk some sense right now, like, “stop confusing yourself with spiritual talk and empty catch phrases about ego!”” I know, harsh right? Sorry. But here’s my defense: I get tired sometimes, not because this lovely spirit was crying or laying bare major parts of her private life. So what! If it’s cathartic, let it out girl! Rather, it is the barrage of spiritual verbiage I don’t find helpful. The woman had all the words down, from Eckart Tolle’s ego talk to Gabby Bernstein’s spirit junkie advice (both teachers I absolutely treasure, by the way). Clearly she had read or studied a lot of spiritual literature and employed it to describe her experiences here on Earth. Nothing wrong with that, but…

This is a phenomenon so omnipresent in the yoga scene, it could really turn you off when you’re starting out on this path. In fact, as a teacher, I’m constantly monitoring myself for empty catch-all phrases or stuff I heard some smart teacher say and I’m sure I’ve gotten it wrong sometimes too. The truth is, it’s rather tempting to substitute the experience with proverbs, books or motivational talks on youTube. It’s quicker too! It seems, we want to stop our suffering and to move on with our lives so badly, we don’t want to get down and dirty with it. But to get there, you guessed it, is a long, winding, annoying, sobering, humbling, often painful path. Many times we will feel things, we don’t like, reveal aspects of ourselves we find deplorable. And then there’s all the times it just ain’t working! We do the work, we put in the meditation hours and next thing we know, we’re yelling at this guy for cutting us off in traffic. This whole spiritual thing is hard! But that’s the path. Bummer, I know, I’m not there yet either.

The alternative of “faking it”, though, well, as women, I think we can agree…it’s just not a solution when you want the real deal, is it? If we want to experience life in its totality, we’ll have to go through it for real. Workshops, traveling, our tribe can help us, yes. Using well-said quotes and jargon without honoring our very own experience, however, will stunt our spiritual growth eventually. It’ll get confusing too. Is my ego dying, or is my soul soaring? Am I feeling this pain from a past life or is it this one? Useful questions, surely, when the time is right. But first maybe: what is going on, here, now? What’s my learning?

So how do we know which workshops are right and what experiences are truly ours? Maybe it’s different for you but I’m guessing, we simply feel it. We know when somebody is authentic, when they speak from a place of wisdom rather than pure intellect. We also recognize authenticity in ourselves, don’t we? When I wasn’t sure, like in this workshop, I asked myself, “does this resonate with me? Do I feel the words are connected to some deeper inner source or are they just, sort of, spilling out?” Asking friends and fellow yoginis was also a great way to find something more suitable to my own journey.

The important learning for me was, not to hide behind spiritual feel-good messages or to incorporate certain words that make me “fit in” with what is spiritually en vogue but to continually explore a path of my own learning and stick to those circles that feel nurturing and authentic to me.

Have you been to any women’s circles and had some great experiences? Would love to hear about them in your comments below!