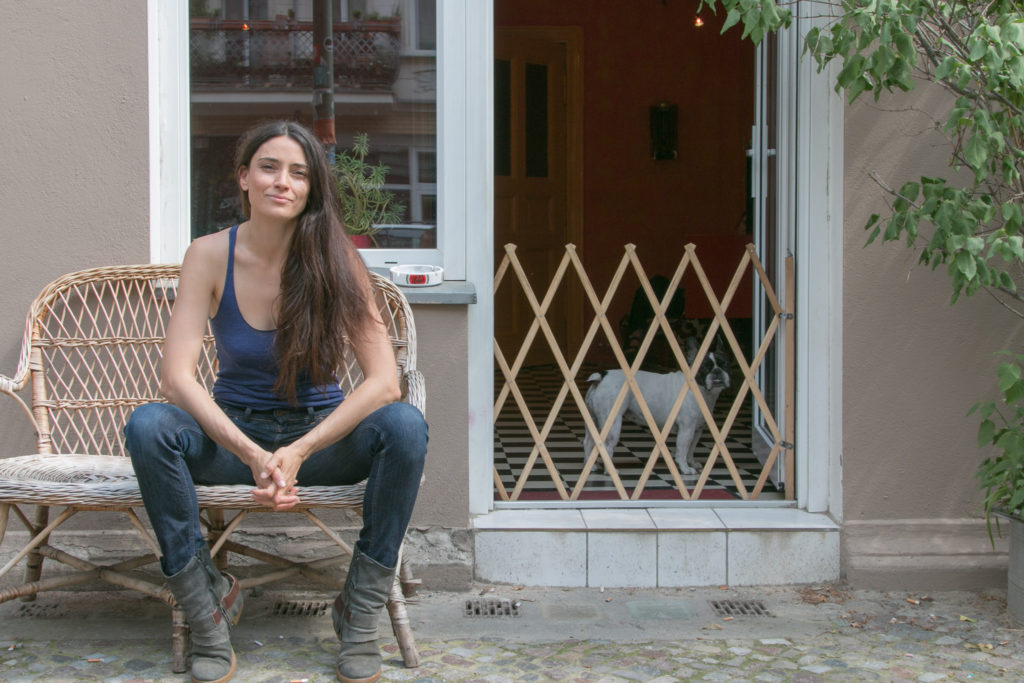 Yoga, you may know, was originally invented and then practiced by men in India only. Roughly 5000 years ago (numbers differ, depending on whom you speak to), here were these Indian guys, experimenting with breath and bodily contortions and examining how all these manifested in their bodies and, eventually, in their lives. I often imagine them lingering in various poses, noticing stuff like, “hey, if I breathe in, I get all this volume in my chest and then when I exhale, my belly goes in. Interesting! Why don’t I slow this down, lift my butt, like that dog over there and call it exactly that: downward-facing dog!” Brilliant! Yoga was born.

When yoga finally took over the West (again stories vary as to who brought it from Maharishi Mahesh Yoga, Yogananda to Yogi Bajan), it changed the demographics entirely. Suddenly all these Western women were practicing and democratizing the tradition. Yoga aspired to be an egalitarian movement for the masses and there’s rarely a day I don’t see somebody armed with a yoga mat, walking past me in the streets of most major Western cities. Yoga is for everybody, so the claim. Or is it..?

When I open my Instagram account and browse through my feed, I might get a very different picture (or several). A visit to my local yoga studio, or any of them, also speaks to a slightly different truth. It’s still mostly women. These women, however, seem to share a lot of the same traits: Young, caucasian, super-bendy, on the skinny side of the spectrum, educated, academically inclined, in the middle-to upper socio-economic strata, stylish brands, powerful yoga jargon.

Now there is absolutely nothing wrong with this. I mean, heck, I fit some of those descriptions rather nicely! And God knows, I need my yoga just to put back the human in being! But as I’m sitting there in my wannabe lotus pose and opening my third eye, my other two eyes take in a rather homogenous picture. I wonder where is the “older” woman, the non-white teacher, the can’t-reach-his-toes John Doe trying to catch a break. They’re not here. Why is that? There are many possible explanations but one dominates for me:

Yoga reeks of privilege. Practicing yoga signals to the rest of the world: You made it. You’re not just successful (that’s so nineties). You’re spiritual! You’re on a retreat in Tulum and you’ve obviously done something right or you wouldn’t be there, would you? More importantly, your life (and body weight) is under control. Yoga makes you happy but when it doesn’t, there’s a 50-dollar essential oil for that. You are just going with the flow because you’re rocking that firefly pose. Yoga makes you bend, where others break. Life’s not all that hard because you discovered yoga.

So when big&tall John Doe, grandma Doe, or single-mom-working-three-jobs Jane Doe finally find the courage (and time) to enter a hip yoga studio, all they see, is nothing. Nothing that reflects they belong here, that there is room for whatever about them doesn’t reflect the yoga happy-go-lucky mainstream.

Isn’t that just such a shame? Here we’ve been handed this incredible tool but again, only the “chosen” ones get to use it because marketing, feel-good catch phrases and elitist imagery are spoiling the fun. How do we fix this? Not sure but maybe it’s time to guerilla up the yoga world already. Let’s be more honest about our struggles, let’s put some other faces on yoga brands, and go where no young, skinny, etc. woman has gone before! The truth is, Yoga IS a privilege! I feel privileged to practice and teach yoga but to me, that is where privilege should end. What do you think? What’s your yoga environment like? Lemme know in the comments below!

6 thoughts on “Check Your (Yoga) Privilege!”